Car Modification Laws in the UK

Brush up on your knowledge about which mods are allowed or illegal here in the UK, then ask 4 Young drivers for an insurance quote for your modified car.

Modifying your car can be a fun thing to do, especially for young drivers, but not all vehicle mods are legal here in the UK. To make sure your car remains roadworthy and compliant with the UK Traffic Act, here are a few pointers. Of course the law does change from time-to-time, so check with your local police force if you're planning your own mods to make sure they're allowed.

Always let your insurance company know about any mods to your car, whether you bought it with the modifications already made, or you've made the changes yourself. Your premium or cover could be affected by some modifications and you may invalidate your policy if you don't inform them.

Window tints are a popular car mod, but you could be breaking the law if you tint the wrong windows or go too dark, as these are factors that are regarded as a factor in some accidents. For example there are different rules about the opacity of front and rear windows, and some rules only apply for cars that came into use after 1985. Find out more here. 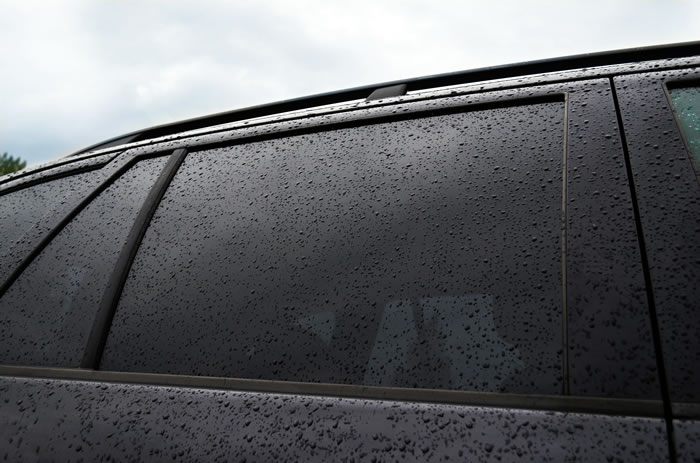 There are a number of rules around number plates, so if you're considering having a personalised number plate made up, read these government guidelines about what's legal and what's not. Custom-made number plates can only be supplied by a registered number plate supplier.

Any number plate that shows your registration number incorrectly, or alters the numbers or letters so they're hard to read, could result in a fine.

You might have heard that big bore exhausts can pass an MOT but that's a misleading and irrelevant fact. An MOT only tests for exhaust gasses and compliance with emission legislation. The important thing to note is that most big bore exhausts are illegal for use on public roads in the UK.

The increased noise emitted by big bore and sports exhaust systems contravenes most vehicles' Type Approval, so you'll be committing an offence to drive a vehicle on a public road if it's fitted with one.

Stretched tyres are a popular modification where, for aesthetic purposes, a tyre is stretched to fit a wider wheel rim than it was originally intended for. Excessive stretching can place extra stress on a tyre which it wasn't designed to cope with, which can contribute to blow-outs and accidents.

Stretched tyres are not currently illegal per se, but you may be breaking the law if your tyres don't comply with Construction and Use rules. Cars that flout C&U rules are not deemed legally roadworthy, which may get you into hot water and, in turn, invalidate your insurance.  For more information about this rather complex area, see this police forum thread.

Radar or laser speed camera detectors warn a motorist about speed camera locations. They're very popular, but are they legal? Find out here.

Not all insurers will quote for modified cars but 4 Young Drivers considers all applications on their individual circumstances.

Get a quote for modified car insurance

Following advice from the Government on 23rd March, we’re now moving all of our available customer-facing agents to home working.  As a result, it may take longer than usual to answer your call.  We hope that you will be understanding with us during this period.

In addition to the phone, we will still be available to communicate with you over our webchat function and via email which may be quicker than calling for the time being.  For existing customers our email address is enquiries@4youngdrivers.co.uk – we will endeavor to respond to emails within 72hrs.

NB.  Please ensure that you include your customer reference number on all communications to enable us to locate your file as quickly as possible. These generally follow the formats below:-

In the event that you do need to speak with us, here are the main assistance numbers:-

We also appreciate that some of our customers may be experiencing financial hardship at this time and be worried about making monthly insurance payments.  Please call us if you need to discuss your personal situation

Rest assured, 4 Young Drivers are here to help you.